WORKING OUT THE KINKS — The federal health department charged with leading the response to the coronavirus outbreak kept its own fitness center open even as the disease spread rapidly and private gyms shuttered their doors — until an inquiry from a POLITICO reporter.

RESCUE ME — FDA fast-tracking for “innovative" sunscreens from Mitch McConnell’s Kentucky and other old fashioned home-state favors are tucked in the $2 trillion package that President Trump could soon sign.

BREAKING — The Trump administration announced tonight that it is easing requirements to obtain H-2A and H-2B visas after lobbying from farm groups. This comes even as Mexican President Andrés Manuel López Obrador is ignoring the pandemic and urging people to go about their lives, agriculture and trade editor Pradnya Joshi reports.

TESTING GROUNDS — The improvisational nationwide response to the pandemic from state and local leaders amounts to a 50-state laboratory of policy responses to the crisis.

It’s too early in the course of the virus’ spread in the U.S. to know which measures will be most effective here. And confirmed case counts and deaths don’t necessarily reflect on-the-ground realities: States that conduct fewer tests may look like they are better off, when that’s not the case. Still, there are already signs that the states that have responded quickly and comprehensively to the crisis, with mandatory social distancing and similar measures, are seeing positive effects.

Here are some of the most forceful — or at least eye-catching — state measures we’ve seen so far:

Hawaii: Gov. David Ige, a Democrat, made social distancing more than just a recommendation. Those who don’t stay at home through March 30 could be charged with a misdemeanor, which carries a maximum penalty of one year in jail and a $5,000 fine. The state has 95 confirmed cases and no deaths. (All data comes from our Covid Tracking Project.)

North Dakota: The Department of Corrections is giving inmates in the state’s prisons access to free calls and video chats to communicate with their friends and family as well as free cable to encourage social distancing, our Brianna Ehley tells us. The state has 52 confirmed cases and no deaths.

Illinois: Democratic Gov. J.B. Pritzker is sending healthy folks to a state website so their skills can be matched with organizations that work with the homeless or seniors, or deliver meals. The state has 2,538 confirmed cases and 26 deaths.

Kentucky: Democratic Gov. Andy Beshear announced that non-essential state employees were being reassigned to work at food banks. The state has 248 confirmed cases and 5 deaths.

Rhode Island: Gov. Gina Raimondo, a Democrat, is stationing National Guard troops at bus and train stations to collect contact information from anyone arriving from New York and to direct them to self-quarantine. State police are stopping cars with New York license plates coming into the state. The state has 165 confirmed cases and no deaths and about 3,000 people are self-quarantining.

Texas: The state created a supply chain “strike force” with the vice president of worldwide procurement at Dell Technologies and a former state representative who is also a physician. It has so far secured $80 million worth of testing kits, protective equipment, ventilators and other medical supplies.

California: The East Bay city of Hayward has set up a free drive-through testing site at a fire station that does not require a physician referral and can test up to 370 people a day, with results in six to 24 hours. The state has 3,006 confirmed cases and 65 deaths.

Arizona: Republican Gov. Doug Ducey classified golf courses as essential businesses that can remain open during the pandemic. The state has 577 confirmed cases and eight deaths.

Welcome to POLITICO Nightly: Coronavirus Special Edition, a nightly intelligence brief from our global newsroom on the impact of the coronavirus on politics and policy, the economy and global health. As of today, the U.S. has seen more than 1,000 deaths due to Covid-19, and every state has measures in place. Check out this video from your host. Reach out: [email protected] and @renurayasam.

A message from PhRMA:

While America’s biopharmaceutical companies are working around the clock to develop a treatment for COVID-19, companies are also expanding efforts to help patients access other medicines they need. PhRMA’s Medicine Assistance Tool was built to connect patients with resources that may help lower out-of-pocket costs.

FIRST IN NIGHTLY: PANDEMIC POLICIES — On the same week that Obamacare turns 10 years old, the Trump administration may be forced to embrace the very law it is trying to overturn in federal courts, health care reporter Susannah Luthi tells us.

People who lose their jobs can already enroll in an ACA plan, but the administration is considering whether to reopen Healthcare.gov, which is normally open only during the last months of the year, to allow millions of Americans who entered the crisis uninsured to sign up for coverage.

“People are coming out of the woodwork and are now interested in getting coverage because of the virus,” Susannah tells us.

The virus preys on those with underlying health conditions and people worried about contracting the disease are also rightfully worried about potentially bankrupting hospital bills.

Millions of poor Americans in the 14 GOP-leaning states that didn’t expand Medicaid aren’t eligible for the federal subsidies that would let them afford Obamacare. Middle-class Americans who don’t make the cut for subsidies still face high ACA premiums. House Speaker Nancy Pelosi proposed a dramatic expansion of subsidies in her rival rescue package this week — echoing provisions she’s long supported to juice the law’s funding — but unsurprisingly the idea didn’t get Republican buy-in.

DID YOU GET ONE? — The U.S. government has sent millions of Americans a postcard with guidelines for how people can stop the spread of coronavirus, a CDC spokesperson told Daniel Lippman. The person added that CDC, NIH and Coronavirus Task Force coordinator Dr. Deborah Birx were consulted on the content of the mailer through the White House Task Force for Covid-19. The front of the postcard says in big bold letters: "PRESIDENT TRUMP'S CORONAVIRUS GUIDELINES FOR AMERICA.” Some Twitter users posted negative comments about receiving the postcard, with one saying "Since when did the Donald Trump become the voice of CDC?" and another saying "If aint from Dr. Fauci, I don’t want it."

FILLING THE BUDGET HOLE — State leaders say that the $150 billion state relief fund in the latest $2 trillion congressional aid package isn’t enough. Like businesses around the country, states are also facing grim economic reality. The loss of tax revenue and costs of containing the pandemic are shredding state budgets and governors say that they can’t keep their states running without more cash.

Do you expect that this experience will transform the airline industry?

“The consumer good that people most want more of is travel. When this passes and people are no longer afraid, they’ll go back to traveling. The airline business needs to be constrained and regulated more along the lines of a public utility than has been true in the past. As the industry makes money and generates cash, it needs to hold that cash. Every business in America, not just the airlines, should limit executive compensation. In the airline business, nobody should make more than 20 times the pay of their most highly paid pilot or 100 times the average compensation, whichever is higher.” — Bob Crandall, former president and chairman of American Airlines, as told to transportation reporter Tanya Synder

“We need to make sure the airlines get the message and share the money with the employees and not worry about their own compensation. I hope they think about it, particularly when the taxpayers are handing them a significant amount of federal dollars to help them get through this financial crisis that they’re in.” — Ray LaHood, former secretary of transportation in the Obama administration.

What are you wondering about the politics and policymaking surrounding coronavirus? Tell us: [email protected] and @renurayasam. 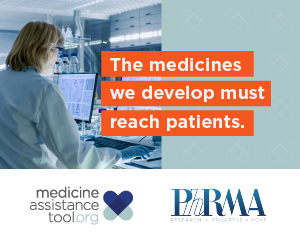 695,000 — That was the highest number of unemployment claims in one week in the U.S., reached in October 1982, before we learned today that 3.3 million Americans filed for unemployment last week, according to the Labor Department.

G-20 TALKS A GOOD GAME — It took roughly 20,000 deaths in the G-20 for the world’s leading economies to come up with joint commitments to fight coronavirus. But, flanked by global organizations like WHO and IMF, the world’s leading economies today promised to do “whatever it takes” to get the virus under control, Ryan Heath tells us. They didn’t fight about the virus’ name (a battle that stalled U.N. and G-7 talks), but IMF chief Kristalina Georgieva asked G-20 members to double the Fund’s emergency financing capacity: She’s dealing with 80 requests for financial support.

LAST ACT — German Chancellor Angela Merkel has been trying to set the stage to quietly depart politics. Then the coronavirus intervened. The pandemic has put Merkel back in the center of a crisis and given her a final opportunity to push through the elusive “deeper European integration” most observers say is necessary to preserve both the euro and the European Union in the long term.

A message from PhRMA:

In the midst of coronavirus, PhRMA members are expanding efforts to help millions of Americans dealing with other diseases that need to be treated and may be struggling to afford their medicines. Our Medicine Assistance Tool was built to connect patients with resources that may help lower out-of-pocket costs.

WHY ISN’T CONGRESS ALREADY VIRTUAL? — The physical concentration of power in Washington seems almost deliberately foolhardy right now. “As Americans keep their distance to avoid spreading a new and potentially fatal disease, their elected lawmakers furiously congregate in the middle of Washington, gathering in big rooms, walking narrow corridors, losing sleep,” Nancy Scola writes for POLITICO Magazine. But at the same time, the answer isn’t nearly as simple as sending Congress back home to self-isolate, to work remotely and often online, as much of the rest of white-collar America is now doing. There’s a flurry of talk about remote voting, but voting on laws is just one aspect of what Congress does day in and day out. And even remote voting is seen by congressional leadership as a slippery slope, the first step in a process that ends with a weakened, shriveled deliberative body that is unable to fill its Constitutional duty to be a check on the presidency.

Did someone forward you this email? Sign up here.

Her reporting career has taken her from Austin, Texas to Berlin, Germany with a stop in Washington, D.C., along the way. Rayasam joined POLITICO Pro after seven years freelancing for various publications including The New Yorker, The Wall Street Journal, Foreign Policy, The Atlantic and Quartz.

Prior to moving to Germany, Rayasam led financial services coverage for The Kiplinger Letter, covered small business at U.S. News & World Report and was a general business reporter at The Austin American-Statesman.

Rayasam grew up outside of Atlanta, Ga. She studied political economy and German at the University of California, Berkeley and has a Master of International Affairs from Columbia University.
Dan Goldberg is a health care reporter for POLITICO Pro covering health care politics and policy in the states. He previously covered New York State health care for POLITICO New York.

Before joining POLITICO New York, Dan was the health care reporter for the New Jersey Star-Ledger. Dan holds a bachelor’s degree from Binghamton University, and a master’s degree in Journalism from Columbia University.