‘I CAN’T BREATHE’ — That was the cry of George Floyd, the black man whose death at the hands of a white Minneapolis police officer set off days of protests and rioting in the Twin Cities this week. The officer was charged today with manslaughter and third-degree murder. Floyd’s words are a strange echo of another crisis that’s disproportionately affecting black people.

The twin tragedies of police violence and Covid-19 are rippling across the country, and they are not entirely disconnected. Health inequities like lack of access to health care have exacerbated chronic conditions in black Americans that have made them more vulnerable to coronavirus.

Minnesota grappled with both tragedies this week. The state had 35 Covid deaths on Thursday, a new single-day high, and hit 1,000 deaths today. Black people have suffered a third of Covid cases in Minnesota and a quarter of the state’s Covid hospitalizations, despite making up only 6 percent of the state’s population.

And neither tragedy is under control. This morning, National Guard troops were stationed around Minneapolis to stem riots as demonstrators marched through the city. At the same time, Minnesota’s Democratic Gov. Tim Walz has been slowly easing social distancing restrictions to allow outdoor dining and haircuts to resume next week. The state’s health commissioner said she fears protests could trigger a surge in cases, which were already expected to peak in late June or in July. The state’s intensive care units are filling with more and more patients, worrying some public health experts that the health care system in the Twin Cities could become overwhelmed.

When patients are dying, they are only allowed one visitor who must be covered in protective equipment. McClain said that an ICU nurse asked her to don the gear to say goodbye to her father on her behalf because the nurse couldn’t make it to the hospital in time. “She said, ‘You can yell into his right ear, that you are Susan and that Susan loves him.’”

McClain compared the situation to an earthquake, devastation she witnessed when she traveled to Haiti in 2010 to volunteer after a quake killed more than a hundred thousand people there. “It’s a different type of devastating, but exactly as sad,” she said. “I have to do this day after day after day, and I don’t know when it’s going to end.”

A message from Humana:

At Humana, we’re committed to helping our members – many of whom are at high-risk for coronavirus – stay healthy and safe by connecting them to the resources they need. Learn More

Welcome to POLITICO Nightly: Coronavirus Special Edition. Reach out with tips: [email protected] or on Twitter at @renurayasam.

WITH OR WITHOUT WHO — President Donald Trump said today he is terminating the U.S. relationship with the World Health Organization, making good on his April threat to withdraw from the U.N. health agency he's repeatedly blamed for mishandling the coronavirus pandemic, write health care reporters Brianna Ehley and Alice Miranda Ollstein. Trump last month temporarily froze U.S. funding to WHO, contending the organization botched the international response to the pandemic and has been overly deferential to China at a time when experts questioned the country's transparency over the virus. The U.S. has previously contributed over $400 million per year to WHO's $4.8 billion annual budget, more than any other country.

The move was panned by health experts, who claimed it would set back global efforts to defeat a virus that's killed more than 360,000 people and sickened nearly 6 million. They worry the U.S. exit from WHO would leave the country blind to an exchange of critical public health information. The Geneva-based organization is coordinating worldwide vaccine and drug trials to combat the novel virus. But severing ties with WHO has been cheered by Trump's base, which is distrustful of international bodies.

Phone home — A federal judge said today he'll consider ordering a Guantanamo Bay war-on-terror prisoner brought to the U.S. if authorities don't come up with a way for the detainee to have regular telephone contact with his attorneys, Josh Gerstein reports. The judge said he doesn't consider an email- and fax-based system the Defense Department has set up to be adequate to handle legal mail between some detainees and their lawyers. Visits have been disrupted by the coronavirus pandemic. It seems unlikely that the Trump administration would agree to move a prisoner, especially during the pandemic or a presidential campaign, so the option of better telephonic or video links to the island prison seems more viable.

DATA DISINFECTANT — Former Obama administration official Andy Slavitt questioned on Twitter whether an apparent spike in pneumonia cases in Florida this year meant that state officials were hiding Covid deaths, but it turned out the data showing the spike was wrong. The ensuing online debate reemphasized how public health officials don’t have the full scope of the data they need to manage state reopenings. That’s true across the country, not just in red states like Florida and Texas, health care reporter Adam Cancryn told your host over Slack today.

The death toll is likely higher around the country than official Covid counts show, Adam said. There’s some sloppy data keeping going on, intentionally or not. But it’s also because Covid kills in many ways. A doctor may accurately list pneumonia as an official cause of death, even if the patient had Covid. The virus could be listed as a secondary cause of death.

Different states, and even some medical examiners for that matter, have their own criteria for classifying deaths. Slavitt told your host today that data has been a problem in trying to make conclusions about Covid: “There needs to be a national standard and there isn’t one.” That, along with the CDC’s low-profile role during the pandemic, is leading to a fractured record-keeping system and fueling conspiracy theories about states hiding Covid deaths. Florida, like other states, has had its own fair share of data problems. But when it comes to excess deaths, which measures how deaths compare this year to previous years, it’s actually right in the middle of the pack.

THE INCUMBENT UNDERDOG — In the latest edition of Nerdcast, Eugene Daniels talks with national political correspondent David Siders about how, three months in, the pandemic is simultaneously upending and reaffirming political allegiances. Early state polls “paint a picture of opportunity” for Biden, David said. “We should make no mistake that Biden right now ... is the frontrunner.” But Trump is nowhere near finished. “If the public health emergency abates and this becomes singularly about the economic response, Trump has the opportunity to wipe away everything else from his presidency and talk exclusively about the economy.” 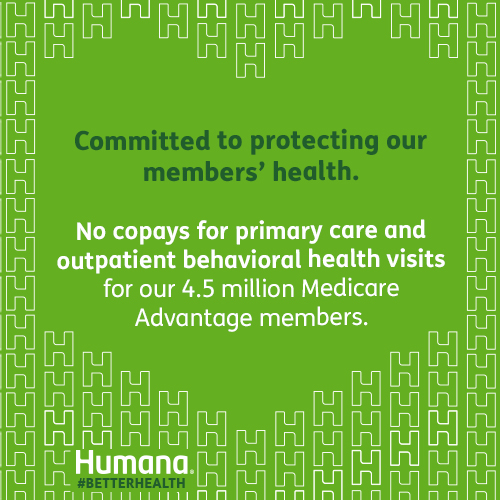 TRUTH OR DARE — In this episode, Matt Wuerker surveys the week that was in the internet’s long war over fake facts and explains what a “Yahtzee” means to political cartoonists.

COVID’S GLOBAL MARCH — While some economies are reopening, Covid-19 marches on: This week the world hit a new milestone, averaging 100,000 confirmed new infections each day, Ryan Heath emails us. The pandemic’s epicenter has shifted to Brazil. One in every two people taking a test in Brazil is positive, indicating the virus is more widespread than officially acknowledged. Even so, the country averaged 19,000 confirmed new cases each day this week and deaths frequently top 1,000 each day.

On a brighter note, Spain has had only four deaths since Tuesday, a remarkable turnaround for a country that just eight weeks ago peaked at 961 deaths in a single day.

Trump cited alleged control by China of WHO today as his core reason for withdrawing the U.S. from the body. So far, the world is yawning, with no official reactions from other world leaders. Upon U.S. withdrawal, the Bill and Melinda Gates Foundation will become the organization's biggest funders. The Gates provide around 12 percent of WHO’s budget, compared to just 0.2 percent coming from China.

The share of Americans who say going to the hospital is the riskiest behavior during the pandemic, according to a national survey from the Society for Cardiovascular Angiography and Intervention. The survey showed half of respondents were more worried about coronavirus than a heart attack, even though heart disease is the country’s leading killer.

We asked you: What does your face mask or covering look like? Here are some of the pictures you sent us.

WINNERS PLAY THE LONG GAME: If there is one thread linking the greatest challenges facing our society, economy and planet, it’s the tension between short-term and long-term thinking. “The Long Game," presented by Morgan Stanley, is designed for executives, investors and policymakers who are leading the conversation about how our society can thrive in the future. Engage with the sharpest minds on our biggest challenges, from pandemics to plastics, climate change to land use, inequality and the future of work. Searching for a nuanced look at these issues and possible solutions? Subscribe today.

MAKING MASKS GREAT AGAIN — MAGA gear is an unlikely vessel for national unity, but then, these are desperate days, writes Joanna Weiss, contributing editor to POLITICO Magazine. Trump-themed masks, whose slogans range from “MAGA” to “Trump 2020” to “Gun Owners for Trump,” have done brisk sales. They’ve boosted mom-and-pop businesses during the shutdown. And they may be playing a role in getting all of America — divided as it remains — on board with a collective social distancing tool: As they grudgingly follow requirements, some Trump supporters say, a mask with Trump branding eases the blow.

“You’re going to find this very strange, but I’m more of an anti-mask person,” said Laura Howard, a 63-year-old grandmother of eight and a retired Walmart assistant manager from Stanton, Mich., recounting the success of her business selling “Trump 2020” masks on an Etsy store called “isewformygrandkids.” She’s tried out some other designs, including one that says “RECALL WHITMER,” but the Trump mask is by far her best seller, and the customer feedback is glowing. “A lot of them have said that they’re anti-mask, they don't really want to wear a mask,” Howard said. “But if they have to, this is the perfect mask for them to wear.”

A message from Humana:

At Humana, we’re experts at helping our members achieve better health and recognize our unique role in supporting them during this unprecedented time. That’s why we're:

1) Waiving all member medical costs for coronavirus testing and treatment
2) Waiving copays for primary care and outpatient behavioral health visits, including telehealth, for Medicare Advantage members through 2020
3) Proactively mailing members safety kits with masks and encouraging the use of mail order pharmacies to help people access the resources they need from the safety of their homes.

Humana is committed to doing all that we can to protect our members’ health during the coronavirus. Learn More

Did someone forward this email to you? Sign up here.

Her reporting career has taken her from Austin, Texas to Berlin, Germany with a stop in Washington, D.C., along the way. Rayasam joined POLITICO Pro after seven years freelancing for various publications including The New Yorker, The Wall Street Journal, Foreign Policy, The Atlantic and Quartz.

Prior to moving to Germany, Rayasam led financial services coverage for The Kiplinger Letter, covered small business at U.S. News & World Report and was a general business reporter at The Austin American-Statesman.

Rayasam grew up outside of Atlanta, Ga. She studied political economy and German at the University of California, Berkeley and has a Master of International Affairs from Columbia University.