Get the Morning Defense Newsletter

Editor’s Note: Morning Defense is a free version of POLITICO Pro Defense's morning newsletter, which is delivered to our subscribers each morning at 6 a.m. The POLITICO Pro platform combines the news you need with tools you can use to take action on the day’s biggest stories. Act on the news with POLITICO Pro.

— The Joint Chiefs chair condemns Confederate leaders as treasonous and endorsed a review of military bases that bear their names.

— The defense secretary says the Pentagon is investigating leaks of sensitive information.

— The House Appropriations Committee approves military infrastructure legislation and tees up their defense funding bill in a push to finish their work next week.

A message from Northrop Grumman:

The Northrop Grumman OmegA launch system will be the reliable workhorse for the National Security Space Launch program. Building on Northrop Grumman’s legacy of 70+ years of expertise in space, we’re designing OmegA to be the right system for the Air Force’s most critical payloads. Learn more

IT’S FRIDAY AND YOU’RE READING MORNING DEFENSE, where we're always on the lookout for tips, pitches and feedback. Email us at [email protected], and follow on Twitter @connorobriennh, @morningdefense and @politicopro.

'ACT OF TREASON': Joint Chiefs Chair Gen. Mark Milley condemned Confederate leaders as traitors Thursday and said he supports a review of Army bases that bear Confederate names — a viewpoint that puts him at odds with President Donald Trump.

"The American Civil War … was an act of treason at the time against the Union, against the Stars and Stripes, against the U.S. Constitution — and those officers turned their backs on their oath," Milley said at a House Armed Services hearing, testifying alongside Defense Secretary Mark Esper. "Now, some have a different view of that. Some think it's heritage. Others think it's hate."

"The way we should do it matters as much as that we should do it," he added, on the topic of the review. "So we need to have, I've recommended, a commission of folks to take a hard look at the bases, the statues, the names, all of this stuff, to see if we can have a rational, mature discussion."

Trump has threatened to veto defense legislation that changes the names of military bases.

ESPER SEEKS TO PLUG LEAKS: Esper, meanwhile, told lawmakers he's launched an investigation into Pentagon leaks in response to a series of "bad" disclosures of sensitive information over the past year and amid reports Russia paid bounties for militants to kill U.S. troops in Afghanistan, our colleague Lara Seligman reports.

"We are aggressively pursuing leaks within the Defense Department," Esper said, adding that leaks are a problem across the U.S. government. "It's bad and it's unlawful and it needs to stop."

Yes, Esper was briefed: Rep. Mike Turner (R-Ohio) attempted a bit of wordplay and asked Esper if he had ever received an intelligence briefing that included the word “bounties,” involving payments made by Russia to militants to kill U.S. troops in Afghanistan.

Esper answered the narrow question by saying no. "If it was a credible report — that’s important, a credible corroborated report — that used those words, certainly it would have been brought to my attention."

He later acknowledged that he was in fact briefed on "payments" to militants when the question was asked a different way. Esper added the intelligence reports on the bounty program were not produced by the Pentagon, and defense intelligence agencies have been unable to corroborate them.

"In her letter Thursday to Defense Secretary Mark Esper, Duckworth is seeking details about whether the Pentagon is conducting an investigation of U.S. troop casualties to determine whether they're linked to the bounty scheme, whether Defense officials are working with the intelligence community to match its information with U.S. casualties and to commit to disclosing the findings with 'Gold Star Family members, Congress and the American people.'"

The typically no-frills bipartisan bill contains two major flashpoints. The measure bars funding for infrastructure projects at bases named for Confederate officers and blocks MilCon money from being used for a border wall.

Before approving the bill, the panel rejected a move by Rep. Andy Harris (R-Md.) to eliminate the border provisions. It's the second time in as many years that Democratic appropriators have sought to limit funding streams for Trump's wall after he shifted $3.6 billion last year from military construction projects to the border.

DEFENSE REPORT: Your Morning D correspondent got an early look at the committee report for the House defense appropriations bill ahead of its release and an expected markup next week. Pros can read the full 408-page report here.

Speeding up the schedule: The House Appropriations Committee was already on track to approve all 12 government funding bills by next Thursday. But Appropriations Chair Nita Lowey (D-N.Y.) said the committee could conclude a day earlier if it can “move bills at a reasonable pace,” in part by moving up a meeting on the defense bill to Tuesday, our colleague Caitlin Emma reports.

FIRST IN MORNING D: Friday is Pentagon technology chief Mike Griffin’s last day, and Esper already has a shortlist of names to replace him, a senior defense official tells us. During his two years at the Pentagon, the former NASA administrator led the charge on beefing up the department’s capabilities in the areas of hypersonic weapons, directed energy and artificial intelligence. But for his next assistant secretary of defense, Esper wants someone with a different focus, the person said.

Esper has three priorities for Griffin’s replacement: Someone who is younger, has connections to Silicon Valley and will focus on 5G wireless technology, the person said.

“He wants to make sure that we are thinking about the next generation of tech leadership,” said the person, who spoke on condition of anonymity to discuss the search. “This is an opportunity to put someone in who is younger, who has got the opportunity to be in this field and help shape it for a while.”

Under Esper, the Pentagon has made a push to beef up its 5G capabilities, as Chinese telecommunications giant Huawei continues to dominate the market. Trump himself has made clear that 5G is an area he wants to dominate.

"The race to 5G is a race America must win,” Trump said in a speech last year. “My administration is focused on freeing up as much wireless spectrum as needed.”

NEW MILITARY SPY CHIEF TAPPED: Trump has nominated Army Lt. Gen. Scott Berrier to be the next director of the Defense Intelligence Agency, our colleague Martin Matishak reports. Berrier is now the deputy chief of staff for Army intelligence.

If confirmed, Berrier would replace retiring Army Lt. Gen. Robert Ashley, ensuring that the DIA would have back-to-back Army chiefs, something that hasn’t occurred in six years. 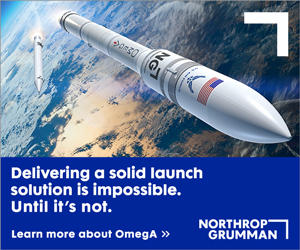 SOUTHCOM-BOUND: Today, Trump heads to the headquarters of U.S. Southern Command in Doral, Fla., to receive a briefing on the command’s “enhanced counternarcotics operations.”

INDIA ‘HIGH PRIORITY’ IN A BIDEN ADMINISTRATION: A Biden administration would make bolstering U.S.-India relations a top priority, the presumptive nominee’s foreign policy point person said Thursday. “Strengthening and deepening the relationship with India is going to be a very high priority,” former Deputy Secretary of State Antony Blinken said at a Hudson Institute webinar. He described efforts under the Obama administration to work more closely with Prime Minister Narendra Modi on defense, among other issues, as a success story.

He said the administration then helped “get the peaceful nuclear cooperation agreement” through the Senate, pushed a defense-technology trade initiative, and strengthened India’s defense industrial base, which “paved the way for American and Indian companies to work together to produce important technology. We made India a so-called major defense partner.” Blinken stressed that Biden was one of the “leaders” of those initiatives, which proves how vital India is to solving common global problems.

F-35 SALE TO JAPAN: The State Department on Thursday approved the possible sale of 105 F-35 fighter jets to Japan at a projected cost of more than $23 billion, our colleague Jacqueline Feldscher reports. The proposed sale, which still needs to be approved by Congress, would include 63 of the A-variant used by the Air Force that takes off and lands like a conventional plane, 42 of the B-variant used by the Marine Corps that can take off and land vertically and 110 F135 engines made by Pratt & Whitney.

— Dozens of Trump veterans cash out on K St. despite ‘drain the swamp’ vow: POLITICO

A message from Northrop Grumman:

The Northrop Grumman OmegA launch system will be the reliable workhorse for the National Security Space Launch program. Building on Northrop Grumman’s legacy of 70+ years of expertise in space, we’re designing OmegA to be the right system for the Air Force’s most critical payloads. Learn more

Connor O'Brien is a defense reporter for POLITICO Pro, covering Congress. Prior to joining POLITICO, he covered defense, national security and veterans issues for CQ Roll Call. In his time reporting on Capitol Hill, he has covered several rounds of the National Defense Authorization Act (NDAA), budget and appropriations bills and action on the House and Senate floor.